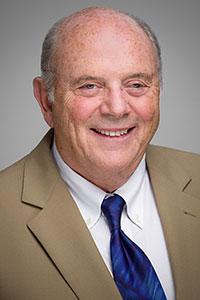 For approximately 35 years, Mr. Jacobson devoted himself almost exclusively to litigation in the field of intellectual property law. He was lead counsel in over thirty major trials and multiple appeals, including patent infringement cases for both patent owners and accused infringers, patent interferences, trademark infringement and trade dress infringement claims, license disputes, as well as International Trade Commission and Federal Communication Commission cases, and nine jury trials, securing multimillion dollar awards on behalf of Firm clients. Many of the decisions of the trial courts and appellate courts in which Mr. Jacobson was lead counsel have been published in the West System and United States Patents Quarterly.

Currently, Mr. Jacobson’s practice is transactional in the field of intellectual property law, including the preparation, filing and prosecution of multiple patent, trademark and copyright applications in the United States and abroad, investigation and preparation of validity, infringement and freedom to operate opinions directed to both utility and design U.S. patents, preparation of license and sales agreements involving intellectual property, and otherwise advising Firm clients regarding patent and trademark strategies.