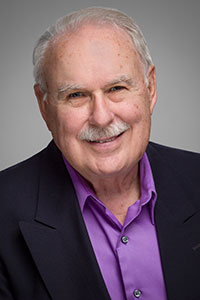 Jace Holman began his career in the Patent and Trademark Office as a Patent Examiner. He spent four years examining chemical and metallurgical methods, composition of matter and apparatuses. He then spent a number of years in London, England as an American intellectual property expert with one of the world's largest intellectual property firms. During his time in London, he traveled extensively on the continent and elsewhere acting as a liaison between international practice and U.S. practice. Mr. Holman also attended Holborn College of Law in Intellectual Property and received a certificate from the Chartered Institute of Patent Agents. Upon returning to Washington, he formed his own practice, which later merged with the Firm. For decades, he represented the National Institute of Health, and for many years managed the foreign patent filing of the NIH cases via the National Technical Information Service. Regarding trademarks. he represented Gucci and Fidelity Investments for decades. Jace Holman has prepared, filed and prosecuted literally thousands of patent and trademark applications and their equivalents in the United States and throughout the world using all of the bilateral and multilateral treaties, including the Patent Cooperation Treaty and the European Community Trademark. He has spent a significant portion of his intellectual property career advising individual clients, government clients, and small-to-large sized corporate clients, including start ups, in all phases of intellectual property, including technology transfer, licensing, trademarks and conflict settlement.